In response to Lithuanian politicians’ efforts to restrict the legal definition of what a family is, three NGOs organized a social campaign under the slogan “All Families Are Equally Important.”

Julita, a single mother; granny Tamara, who raised her granddaughter by herself; Julija and Gintarė, two classy ladies living together as a family; these and many more Lithuanian families agreed to share their stories by joining “Laisva LT.”

This social campaign invites people to sign a petition addressed to the members of the Lithuanian Parliament, urging them to oppose the proposed amendments to the Constitution that would establish that family status only follows from marriage and stems from “fatherhood and motherhood”.

One family model for all

According to the Human Rights Monitoring Institute, the Lithuanian Centre for Human Rights and the Lithuanian Gay League – the three organizers of this campaign – the proposed amendments are discriminatory and politicians are wrongly interfering with private and family life.

In Lithuania, the debate over what constitutes a family has been raging for nearly a decade. As far back as 2011, the Constitutional Court ruled that the Constitution protects both families based on matrimonial relationships and those that are not, further noting that the nature of the relationship is considerably more important than its form. 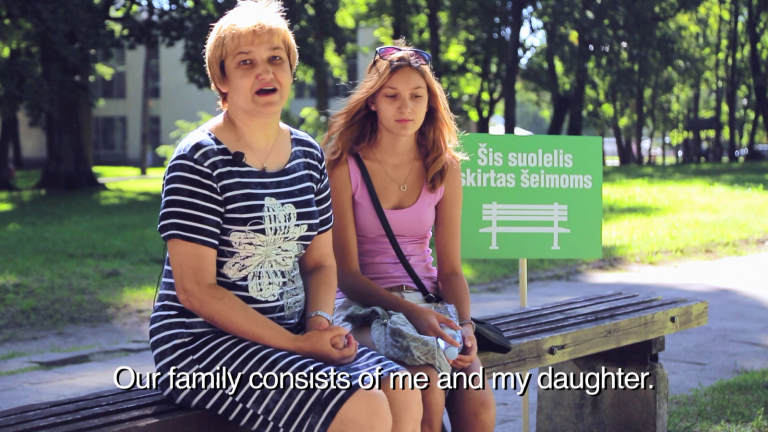 This is the second attempt by politicians unhappy with the aforementioned decision to amend the Constitution and to redefine family in narrower terms, to ensure that only traditional families (married couples with children) enjoy constitutional protection. While Parliament approved the amendments at their first reading back in June, two successful votes with at least 95 (out of 141) MPs voting in favor are required before it can become law.

Many families left out

“I was very sad when I heard that some want to narrow the definition in Lithuania. Our country already sees a decline in the number of children, a shrinking population, we see many divorces, lonely people, a growing number of suicides – this step would further reduce people’s comfort zone and leave a fair portion of society outside the ‘chosen few,”‘ claims Elžbieta Latėnaitė, an actress who joined the campaign. “You get the feeling that while other countries are moving forward, expanding the social concept of family patterns, we keep dilly-dallying with old-fashioned definitions.”

Following these amendments, it is unclear whether unmarried couples in stable, long-term relationships, single parents, grandparents raising their grandchildren or foster families would retain family status. This would create much legal uncertainty, since family relationships and related rights and obligations are covered by more than 200 pieces of legislation in Lithuania. 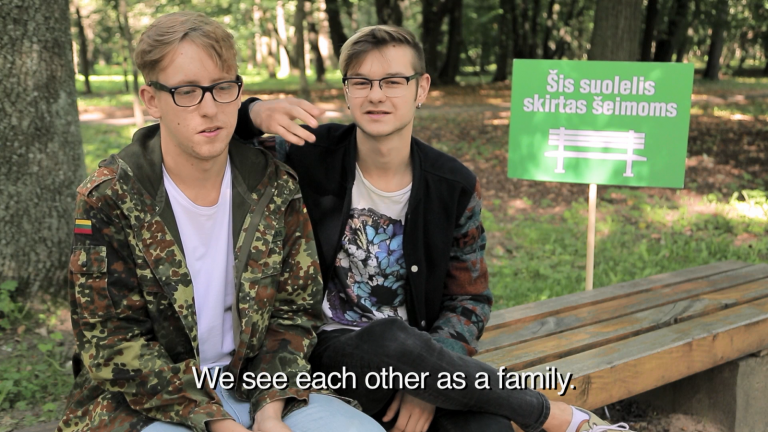 No protection for same-sex families

The MPs in favor of the amendments make no attempt to hide the fact that one of their principal aims is to prevent any kind of legal recognition of same-sex family life. Lithuania remains one of the few EU countries offering no legal protection for such families.

“No protection for such families is offered in Lithuania. When you’re heterosexual, you can simply ignore most of the legislation, but when you’re homosexual, you understand how important they are,” claimed Julija and Gintarė, a same-sex couple that agreed to share their family’s story.

The constitutional amendments are scheduled for the fall session of Parliament, although as of yet there is no concrete date for the planned vote.

The campaign is open to everyone who is opposed to discriminatory initiatives put forth by politicians. If you wish to sign the petition addressed to the members of Parliament, please click here!