According to 15min.lt, two Lithuanian businesswomen were caught organizing “training sessions” during which they would take heads of companies to interact with psychiatric patients. The visits would take place in the Vilnius City Mental Health Center. During these sessions, the trainees would pose as students and speak to patients without first obtaining their consent, or informing their families or the Center’s management.

According to those responsible for the “training,” these visits sought to teach managers “to find a point of contact with any type of person, as well as to enhance their sales skills and emotional intelligence.”

Unauthorized individuals are prohibited from accessing the center or speaking to the patients without their consent. Typically, only university students are allowed in for study purposes. That seems to be the reason why “trainees” had to pretend they were students.

It appears that the visits took place with the knowledge of Alvydas Navickas, head of the Psychiatry Clinic of the Faculty of Medicine (Vilnius University) and current Chair of the Lithuanian Psychiatric Association. He did not find these activities to be problematic – according to him, this allegedly helped break down stereotypes surrounding people with mental disorders.

The training sessions were leaked to the media by an outraged participant, who claimed that he was not informed of what he’d have to do and didn’t know that he’d be taken to interact with psychiatric patients.

Once the story went public, the organizers of these “Character Building Groups” (the so-called training) tried to justify their activities as serving a social purpose. According to them, the visits helped fight the stigmatization of vulnerable groups, and that people would be taken to see not only psychiatric patients, but also visit shelters and infants’ homes.

However, the “Character Building Groups” website doesn’t mention reducing stigma anywhere. It presents the training as an opportunity to step out of a person’s comfort zone and to undergo “very emotionally charged” experiences.

It turned out that this training was also commissioned by the employees of the Bank of Lithuania. They agreed to pay €7,700 for the services.

“How limitless the human imagination when it comes to human rights violations!” wrote Professor Jonas Ruškus, member of the United Nations Committee on the Rights of Persons with Disabilities, on Facebook.

According to him, such behavior violates several articles of the Convention on the Rights of Persons with Disabilities, such as the patients’ right to privacy, personal freedom and security, their right not to be exploited, as well as the provisions of the Convention calling for the elimination of negative stereotypes about people with disabilities.

The Young Psychiatrists’ Association issued a statement condemning any potential violation of patients’ rights. The statement said that “patients should not be exploited for commercial, personal, or other purposes which are not related to promoting their health.”

Karilė Levickaitė, director of NGO Mental Health Perspectives, also condemned the activity as a cynical business model based on the exploitation and manipulation of vulnerable persons.

“Try to imagine this: you or a loved one with mental health problems end up hospitalized, and the psychiatrist brings in someone claiming to be a student, but who in reality is participating in a commercial course to improve their sales skills. No one informs you of this. Even if you become aware of it, you’re told that this is a way to reduce patient stigma,” she wrote to manoteises.lt.

Mental Health Perspectives asked the Prosecutor General’s Office to launch a pre-trial investigation into unlawful collection of data concerning private life, unlawful business activities and incitement to discrimination on the basis of disability.

The Office of the Equal Opportunities Ombudsperson has launched its own inquiry into this incident. 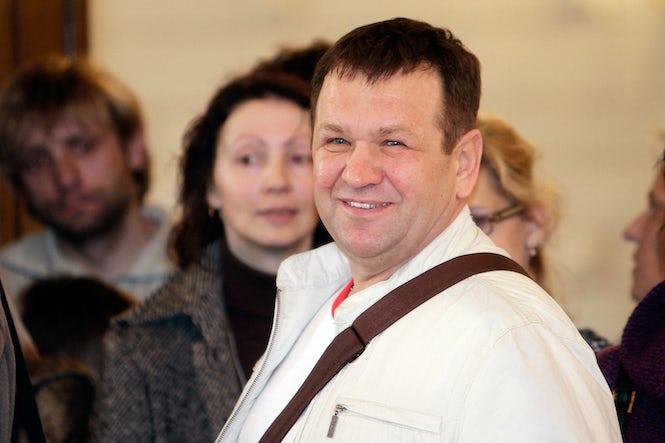